“It was almost a miracle, her kind of death, because out of all that jam of tonnage, she carried only one bruise, a faint one, near the brow.” – Fannie Hurst

“I love her like a madman, and I would kill myself this instant to rejoin her, if she were not to remain unknown to me for eternity, as she was unknown to me in this world.” – Alexandre Dumas 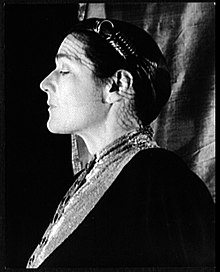 Volume 7 of The World’s 100 Best Short Stories is devoted to women. The ten stories in this collection seem to be efforts to find a theme that explains who women are. The various tales depict women as self-destructive, as self-sacrificing, as helpless victims, as brilliant tacticians. And yes, the collection also gives women the all too familiar Madonna/whore treatment.

At least one reason for this particular set of views of women may come from the authorship of the stories. Of these ten stories about women, only two are written by women.  One is by the redoubtable Fannie Hurst, one of the great “women’s authors”of the 20th century (she is the author of great pot boiler melodramas such as Imitation of Life and Back Street, both have which have been filmed multiple times with stars ranging from Claudette Colbert and Irene Dunne to Lana Turner and Susan Hayward. The other is an author named Bernice Brown about whom there is scant information, though she seems to have written for magazines such as The Century and, if the example from this collection is an indication, is an interesting proto-feminist.

So, we have a volume of stories that mainly tell us how men saw women in the early 20th century with a couple of women authors trying to tell us how women saw themselves.

Perhaps we should begin with the most enigmatic of the stories, “The Woman and Her Bonds.” Author Edwin Lefevre tells the story of a widow whom a stock broker who was her late husband’s friend tries to help by investing her capital in a “can’t miss” investment (an interesting subtext of the story is Lefevre’s numerous hints at insider trading). The widow receives bad advice from her sister and brother-in-law and backs out of the deal. The broker returns her money. The bonds she had invested in increase dramatically in value and the broker, having taken on the investment with his own funds, makes a handsome profit. On the face of it this seems innocuous enough – a wily stock broker has tried to help the widow of a friend and she has foolishly thrown away her chance to make herself more financially secure. But one with the temperament of our times can’t help feeling that through it all, good intentions notwithstanding, the broker has patronized the widow and allowed her to make a fool of herself while he made money.

Chester Crowell’s story “Ruth” is another story that, read through the lens of our times, is subtly problematic. The title character, trained by her father to be a scientist, has won a prestigious award for her work in the field of chemistry. But when a childhood sweetheart visits, she takes him into her sanctum sanctorum where she keeps a number of metaphysical artifacts such as a totem pole, a Navajo sand sculpture, and a bronze Buddha. She then confesses to her friend that while her father and later her husband both encouraged and expected her to dedicate herself to science, Ruth found that such a life did not satisfy her. She wanted, “to love and to be loved.” But, as she explains, such a wish does not fit into a world controlled by the gender with the broken chromosome:

‘This, my friend, is a man’s world. To a woman it is all crazy. We women are still peering at it timorously, for there are dragons abroad.’

The quote certainly looks as if the writer has real understanding of how women see a world that they must live in that is designed by men. But then there is this quote at the end of the story. She asks her friend to speak to her husband and father about the feelings she has shared with him:

‘…if you feel that it would be right, perhaps you may have the opportunity to say something to Tom [husband] and my father. Something that they will understand. I cannot. When they speak I know they are right, for they are men and I am a woman.’

One wants to believe that Crowell means this as support for Ruth’s explanation of the cognitive dissonance she says she has lived with since adolescence, but since she has just expressed doubt in her world view in the story prior to this statement, it is hard to feel sure where Crowell’s sympathies lie.

Other stories are easier to interpret. “A Mother Sits by the Fire” by F. Britten Austin is one of those “mothers who sacrifice all for their child” tales. In “That Famous Love Affair” Stephen French Whitman turns Antony and Cleopatra into the story of an immature husband and a long suffering wife. Somerset Maugham’s “P. and O.” examines a woman’s coming to terms with her divorce, which she is only able to do, it seems, after watching a man in whom she’s become romantically interested die just as it seems his life is about to begin. “The End of Candia” by Gabrielle D’Annunzio is a classic example of woman as helpless victim. A laundress is accused of stealing a silver spoon from a wealthy household where she works. Despite her protestations of innocence and her eventual vindication, she ends up a beggar after the wealthy women who would give her employment and the peasant women who would have to compete with her collude to blackball her. Finally there’s “Solitude” by Ben Ames Williams. This story of life in the wilderness focuses on woman as Madonna/whore. In it a trapper who has killed another in a fair but needless barroom fight makes his way to a cabin far from civilization in the dead of winter. There he finds his former partner living with a “woman of the night” with a reputation for mothering her men who has been caring for him after an accident. The partner tells the new arrival to leave and he is forced out into a snow storm. He finds shelter in a shallow cave and nearly dies – but is saved – by the woman who has decided to stop mothering/shacking up with his partner and mother/shack up with him. Aid and comfort at its most primeval.

That brings us to the authors mentioned at the beginning of this essay. The story by Fannie Hurst (a writer whose reputation declined steadily from promising literary figure treated seriously to high selling potboiler writer) is called “She Walks in Beauty.” It tells the story of a wealthy widow, her daughter, the man who marries her, and the daughters’ suitor, a man who would help her achieve the sort of social success (as well as emotional happiness) the mother desires for her.

The problem is that the widow has been treated for a shoulder injury with morphine by a hack doctor and she’s an addict. By the end of the story, when her death, described in the quote in the header above, occurs. it is a relief to the daughter and a blessing to her stepfather. As the daughter says to her fiance:

The other story quoted above is Alexandre Dumas’ (père) story “A Bal Masque.” This is a slightly self-indulgent tale of a guy who gets lucky with a beautiful young woman who is at the bal masque to catch her husband being unfaithful. Let’s simply say that it’s the sort of story that any frat boy would be happy and proud to tell his buddies.

Finally, there is “The Barn at Giraldon’s,” in some ways the best story in the collection. Like Dana Burnet I wrote about in my last essay, there are no pictures of Bernice Brown on the Internet. But she was a writer of some note, and this story, the tale of a French farm girl who burns her masterpiece, a barn she has built largely by herself, seemingly to save her lover, an Australian soldier serving in France during WWI, from arrest for pilfering supplies, is affecting in its portrayal of this simple but strong young woman. The effort of destroying that which she has loved kills her:

‘Her barn!’ said old Jacques. ‘She built it, and to think she should be the one to destroy it. The dear God has saved her from knowing that to-morrow there will be nothing left but the stones out of the earth that she built it of.’

I mentioned earlier that the story has proto-feminist elements. Celeste burns the barn only in part to save her lover. Had the pilfered supplies been found, her barn would have been confiscated – the great creation of her life taken from her. So the story may be read as the chronicle of a woman who sacrifices her all for her man. But it may also be read, and I think it reads more believably, as the story of a woman who decides that her work is her life and who is unwilling to allow anyone to take that from her and will fight to the death for it, even if that fight destroys both her masterpiece and her life:

The major and the captain would come back, but there would be nothing – nothing but the stones that she built it of. She was tired. Now the dear God would let her rest.

The story of the farmer Celeste, who builds a barn then burns it to keep it, is the story of a woman who finds her passion and refuses to allow anyone to take it from her but herself. Tragic, though it is, it is also heroic.