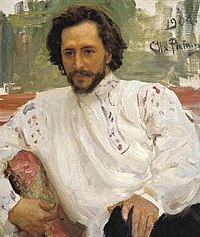 This third installment in this series of essays (volume 1 here, volume 2 here) of this Grant Overton edited collection called The World’s 100 Best Short Stories focuses on the theme, mystery. Something that I have been particularly pleased with in these collections (there are ten volumes, each with ten stories) has been that the editor has avoided conventional definitions of each of the genres of writing covered in the series.

Such is the case with the theme of mystery. There are classic examples of the genre, to be sure: Edgar Allan Poe’s “tale of ratiocination,” “The Gold Bug,” is included, as is a classic Wilkie Collins mystery, “A Terribly Strange Bed.” There are “contemporary” examples (remember the publication date, 1927) such as “The Doomdorf Mystery” by Melville Davisson Post and “The Bamboozling of Mr. Gascoigne” by E. Phillips Oppenheim. All of these are entertaining (if slightly creaky in spots) as classics of mystery detection, thriller, or caper account (the Oppenheim story recounts a classic con game, for example).

But as is often the case for me, the stories that engaged me most were those that stretched the genre. Two of these came from highly regarded members of the canon. The third is by a Russian writer whose work should be more widely known.

There are offerings that stretch the definition of mystery, particularly “Out of Exile” by one of the most popular short story writers of the time, Wilbur Daniel Steele. And one of the most popular “vulgar” writers of the 19th century, Paul de Kock, offers a comic take on a domestic mystery with his tale, “The Guilty Secret.” Both of these are slight, though, and lean more in the direction of entertainment than literature.

So, to those canonical stalwarts, then.

The first is the great Thomas Hardy, a writer who has been celebrated both as a novelist and as a poet (a rare enough feat, to be sure). Hardy’s story, “The Three Strangers,” concerns, as almost all his fiction does, life in Wessex. A young sheep farmer living in a lonely part of the moors holds a christening party for his first born child. It is a lively gathering with nearly 20 people present, though it takes place on a “dark and stormy” night. A stranger comes to the door of the cottage and asks for shelter and is given a place by the hearth to warm himself and some good mead to drink. A short while later a second stranger appears and largely takes over the festivities, drinking the best mead and teasing the gathered farmers and their wives and children with hints about his occupation until he reveals himself to be the newly appointed executioner on his way to a nearby town (for those who know their Hardy, the town is Casterbridge). Finally, the third stranger appears. He asks for directions to that previously mentioned nearby town. While he is speaking to the young farmer, he sees the strangers, turns pale, and hurriedly disappears into the stormy night. Then comes word that the condemned man whom the executioner has come to hang has escaped. The men march off into the night with lanterns to find the escapee at the behest of the executioner who notes that he is an officer of the king and requires their service. They capture the third stranger and return him to the sheep farmer’s cottage where he proves to be the brother of the condemned man who was on his way to see his sibling for the last time before his demise. Meanwhile, the first stranger has taken advantage of the confusion to disappear into the night. The perspicacious reader can easily figure out his identity.

“The Doll’s House” by Katherine Mansfield, arguably the finest short story writer in that genre, is a simple tale of class snobbery, self-discovery, and defiance. Three little girls from a well-to-do family receive a huge doll house from their aunt as a gift. Their family is particular about which girls who attend the local school get to see the doll house, encouraging the girls to invite those from the “better” families and pointedly excluding two little girls whose mother works doing washing and sewing for the well-to-do. The heroine of the story, the youngest daughter named Kezia, eventually defies her family’s restrictions and invites the Kelvey girls, Lil and Else, to look at the doll house (which is so large that it is being kept in a courtyard during the nice weather while room is made for it in the children’s nursery). The two poor children are cruelly dismissed by Kezia’s aunt, but not before sKezia has shown them the doll house and her favorite article in it, a miniature lamp that, in her imagination, lights up the whole house. Chastened, the Kelvey sisters run away. When they stop to rest down the road out of sight of the “cross lady,” Else, the younger Kelvey girl says simply,

I seen the little lamp.

Perhaps the mystery in Mansfield’s story is how a family full of class pride produces a child interested in those not like her. The other mystery seems to be what the transforming experience that Kezia gives Lil and Else will do for their lives. One likes to think that Else’s quiet observation about the lamp is a harbinger of change -if not in those she deals with, within herself and her view of the world as a place where she might gain access to that which is being denied her – if she can develop the courage needed to obtain that access.

That brings us to the story I found most intriguing. “Silence,” by Russian writer Leonid Andreyev, is a mystery, to be sure. Like Hardy and Mansfield, Andreyev is interested in what the philosopher Ludwig Wittgenstein called “the eternal mystery of the human heart.” The story explores the relationship between Father Ignatius, a stern, cruelly righteous  practitioner of the faith and his daughter Vera who left home to go to St. Petersburg to escape that world. When the story opens Vera has returned to the village where her parents live (and where her father ministers). She is clearly terribly unhappy over events that occurred when she was in the city, but she refuses to tell her parents, particularly her father, what has happened. While her mother, Olga, tries to foment real communication between father and daughter, it becomes clear to the reader that she is not strong enough to hold her own in this battle of strong willed parent and equally strong willed child. Father Ignatius short circuits the possibility that Vera will confide in him when he responds to her desire to discuss matters later with the self-righteous:

He then grabs his wife and storms from Vera’s room. Olga confronts Ignatius and his self-righteous, priest first/parent second indignation at his daughter’s obstinacy:

“It was you, priest, who have made her such. From you she has learned her ways. And you’ll answer for it….

Answer for it Father Ignatius and his wife Olga do. After a week of Ignatius and Vera struggling in a battle of wills between parent and priest and child and communicant, Vera goes for a walk – and throws herself under a train. Both parents are devastated: Ignatius retreats even further into his religious rigidity as a coping mechanism; his wife Olga has a stroke and becomes incapable of speech.

Ignatius is lost. He tries to find his way to some kind of solution to the mystery of how he has lost both his daughter, whom he realizes means more to him than his religion, and his wife, whom he realizes has been his anchor to reality. Forced to confront who he is, father and Father (priest of the church), Father Ignatius lashes out:

There’s love for you! And, as a solace for you, what a death she chose! A cruel, ignominious death….

But his failure as a parent – both to his beloved daughter and as a priest – torments him:

Yet he cannot grasp the horror of his actions even then:

Still, he struggles to understand why his daughter could not tell him what happened to her – what made her destroy herself rather than open herself, her life to the man who was both her parent and her priest. He visits her grave, going so far as to put his ear to the freshly turned earth of his daughter’s final resting place in an effort to hear his daughter. That fails. He returns home to his wife who lies dying of the stroke brought on by his daughter’s suicide and begs her forgiveness, begs her for help comprehending the evil he has committed in the name of God. She is capable only of looking at him with uncomprehending (or unforgiving) eyes:

And silent was the entire dark, deserted house….

Silence. Sometimes it is the only solution to mystery one can know.