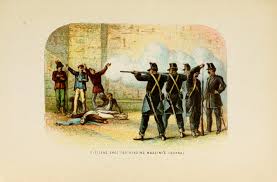 I’ve been mentioning the additions to my 2013 reading list in my recent entries and I realized that I have never given readers a list of the books I have used to extend my original list.

The books have been picked mostly by chance, both from my book shelves and in browsing used book stores, antique/junk shops, and, occasionally, by ordering from the evil empire® based upon the recommendation of friends or family. Some of these I’ve already reviewed, others I’ll cover as the year winds down. So here, without further ado, are the additions (so far – must add that hoary caveat, “subject to change”):

26) Anne Bronte – Agnes Grey. The “forgotten” Bronte sister’s slender novel about the life of a young woman who sacrifices her personal happiness to help her family’s fortunes by becoming a governess might be thought of as the “anti-Jane Eyre” – the quietly happy ending is as comforting as an Austen novel.

27) Howard Zinn – A People’s History of the United States. Zinn’s alternative history is controversial, provocative – and a book that keeps one reading. Whether he enrages you or encourages you, Zinn will enlighten you.

28) Jon Ewing – The Rolling Stones Quote Unquote.  This little diversion was a compilation of quotes by “the greatest rock and roll band in the world” about themselves. Mick, Keith, Brian, Mick Taylor, Bill, Charlie, and Ron all get a few one liners in this light weight but entertaining romp.

29) Georges Duby – The Three Orders. One of France’s finest historians digs into the idea of the tripartite system of social organization (“those who pray, those who fight, those who labor”) and the role of feudalism in the first two centuries of the last millennium. What he reveals about how social systems rise and fall and rise is fascinating.

30) Stephen Shoemaker and Janet Pittard – Stephen Shoemaker: The Paintings and Their Stories. This “picture book with stories,” as the artist and his writer/friend term it, is a charming set of anecdotes about the composition of (and inspiration for) the Wythean – and wonderful – works of this North Carolina artist. And, yes, all the paintings are there, too.

31) Thomas Nelson Page – In Old Virginia. I found a first edition of this classic sentimental apologia for the “lost world” of the antebellum South in an antique shop and added to this extended list. I last read it as part of my reading list for one of my doctoral study fields, Southern Studies. It’s an amazing document for understanding the Southern mind – warts and all.

32) Lucy C. Lillie – Nan. Another antique shop find – and another first edition. Ms. Lillie was a prolific young adult writer for Harper Brothers in the last quarter of the 19th century. Information about her is scarce except that she was not a fugitive. And there are no vampires, wizards, or post-apocalyptic worlds in her fiction.

33) Mary Mapes Dodge – Hans Brinker and the Silver Skates. Dodge’s classic young adult story about Hans, his sister, his parents, and skating like mad on the frozen Zuider Zee. I’ll recount an interesting bit of memoir about my late introduction to this book in my review.

34) Robert Morgan – Gap Creek. A venerable North Carolina author, better known as a poet, offers a look at the struggles of a young mountain couple in the latter part of the 19th century. Despite being chosen as an Oprah Book Club Selection®, having read Bob Morgan’s poetry, I’m willing to give it a chance.

35) Somerset Maugham – The Magician. Another selection from the inestimable, irrepressible English novelist (I covered his Cakes and Ale in a “substitute review” a few months ago. That whetted my taste for the prolific Englishman, so I’m taking on this one, a searing send up of that bizarre and entertaining eccentric Aleister Crowley.

36) Ernest Hemingway – In Our Time. Earlier I read and reviewed Papa’s last work, True at First Light. It seemed only logical to close the parentheses by (re) reading his first work. Besides, what trout fisherman can resist “Big Two-Hearted River” for very long?

Two I forgot earlier – and others I’ve since added:

37) Antonio Skarmeta – The Postman. Skarmeta’s tale combines the story of a young romantic who becomes Pablo Neruda’s postman with the overthrow of the Allende government by the fascist Pinochet in a kind of magical realism/political commentary  mélange. It’s by turns poetic, inspiring, amusing, and heartbreaking. Good stuff.

38) Gustave Flaubert – Three Tales. Flaubert’s last completed work explores his primary interests: achingly detailed realism and exotic settings and history. Worth reading for “A Simple Heart” alone. Still, “St. Julian the Hospitator” and “Herodias” offer fascinations of their own. A master at work.

39) Jerry Levitan – I Met the Walrus. Canadian lawyer, actor, and children’s entertainer Levitan’s part memoir, part fan letter recounting his meeting with John Lennon and Yoko Ono during their 1969 peace tour (their visit in Montreal gave us the classic “Give Peace a Chance”)   For a Beatle lover, a charming and remarkable tale of youth, idealism, and luck.