“One ought, every day at least, to hear a little song, read a good poem, see a fine picture, and, if it were possible, to speak a few reasonable words.” – Johann Wolfgang von Goethe

“If I  should ever die, God forbid, let this be my epitaph:
THE ONLY PROOF HE NEEDED FOR THE EXISTENCE OF GOD
WAS MUSIC” – Kurt Vonnegut 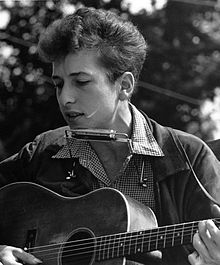 This year’s reading list will focus on music. My deepest personal interest is in rock, as examples of my writing show again and again, but I like almost every genre of music – I have a deep, abiding love for classical, a gift from my grandmother, and I listen to lots of R&B, soul, and funk. I went through a period where I listened almost exclusively to jazz. I did the same thing with folk. And with blues. And with pop from the period characterized by composers and performers of what are commonly known as American standards (composers like Cole Porter,Irving Berlin, George Gershwin, performers like Bing Crosby, Frank Sinatra, Tony Bennett, Rosemary Clooney, Doris Day). I would like to say I have a deep, abiding love for country music, and I do find some of it powerful and moving, especially in its old school forms as practiced by old school artists such as Hank Williams (Sr.) and his successors such as Johnny Cash and Merle Haggard. But I’d be lying if I said it reaches me the way other genres do. Old fogy that I am, I have never really embraced hip hop, though again certain old school artists impressed me such as Chuck D, Ice T, and Kool Moe Dee. (I suppose this means I represent for east side).

Anyway, to the reading…

A few words about the list before I begin. As I said above, while I am basically a rocker (for me there is nothing more pleasing than well done power pop – my favorite band is The Beatles, which will shock exactly no one), in my reading I will try to be as wide ranging in y reading as I have been in my musical tastes.

So, here’s the partial list (I’ll be adding to this as the year progresses):

2. Sheila Weller, Girls Like Us: Carole King, Joni Mitchell, Carly Simon – A biography that tries to cover three of the most important female artists of the 20th century. I’m curious to see how she does it.

4. Billie Holiday with William Gufty, Lady Sings the Blues – The autobiography of Billie Holiday. No other explanation should be necessary.

5. Paul Morley, Words and Music: A History of Pop in the Shape of a City – Morley is one of rock’s most trenchant critics and in this book he speculates about whether pop is at the end of its lifespan. Any book that calls for opinions from both Madonna and Wittgenstein is must reading.

6. George Harrison: I, Me, Mine – …in which the quiet Beatle sounds off – John got pissed because George said so little about him in his autobiography. Read this many years ago and looking forward to the re-read.

7. Simon Frith – Art into Pop – Frith’s now classic scholarly study looks at how England’s art colleges, created as alternate higher education centers, became dumping grounds for misfits of genius like John Lennon, Eric Clapton, and Peter Townshend – and how the environments of those schools helped shape the evolution of rock. Another re-read

That’s the list so far. I’m still looking, though, so we’ll revisit this list in the coming months. If any readers has a suggestion of a great book about music, please feel free to share with me in a comment.