Writing to Remember, Writing being Forgotten…

“There’s only one thing more important… and that is, after you’ve done what you set out to do, to feel that it’s been worth doing.” – James Hilton 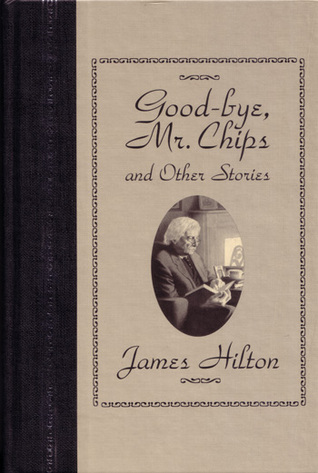 This about being a writer.

The motives for someone wanting to do more than write, to become that person that others refer to as a writer, may be so individual as to be specific to very single person who aspires to that moniker.  But I doubt it.

My suspicion is that there are two motives that drive writers, one fairly – shall we say pure? One, not so much. The first, purer, motive is that writers are blessed (or cursed, I can never decide) with the desire to preserve that which they have known or known about or would have liked to know. That act of preservation is part of the title of this essay: one might call it writing to remember. When done really, really, really well, it gives us lines like this:

O lost, and by the wind grieved, ghost, come back again.

Then there’s that other motive, the – less than pure one, shall we say. That’s the desire for recognition: fame, money, respect in one form or another, either because of critical success or financial reward (I have met famous writers who were humble and I have met famous writers who were smug enough to deserve a boot up their asses). It may be of interest only to me that the humble famous ones were far less rich than the smug famous ones. Maybe Ms. Lauper pegged it when she intoned, “…money changes everything….”

In our present culture (I use that word loosely, as one must these days), a Golden Rule seems to be a rough paraphrase of Coach Red Sanders’ famous dictum about winning: Money isn’t everything. It’s the only thing. Indeed, financial success seems to be the measure of all human undertakings. If it makes money, it’s good – or so we are currently told. The other measure of worth is, of course, celebrity. As far as I can make out, the mathematics of the current cultural milieu assumes the following: rich + famous = the state of transcendence/grace and deserves our deepest admiration – and aspiration.

Many of us, however, are, I believe, uncomfortable with such criteria being applied to all of human endeavor. At least I cherish that belief in spite of far too much evidence to the contrary.

So with what’s current as prologue, to paraphrase another writer of some renown, an examination of the careers of three writers who’ve crossed my radar recently seems a good way to explore our culture’s current state and to allow me a little “mewling and puking” (same writer as the paraphrase for those keeping score) about writers and writing.

Let’s talk about James Hilton first, since I used a book jacket for perhaps his most famous work as a visual way up the page. I raced through a Reader’s Digest compilation of Goodbye, Mr. Chips and Other Stories last week. Hilton enjoyed considerable success both as a novelist and as a screenwriter ( he also wrote Lost Horizon and Random Harvest from which the subhead quote comes). He died relatively young, in his early fifties of liver cancer in the mid-twentieth century. For all his success, “serious” critics treated him as a talented middlebrow who, though a contemporary of Faulkner, Camus, and Mann, was not a writer of their importance. Hilton was, despite his great popular success, slightly embittered by this. He’s probably both justified and unjustified. In a culture where reading was still held in some esteem, he provided his readers with engrossing, thoughtful tales about the meaning of teaching. Goodbye, Mr. Chips is a book as ambivalent as it is charming; it could be included in any reading list on academia right beside the more ambitious – and critically lauded – Stoner. Both works resonate as portraits of what it means to dedicate oneself to teaching. But while Stoner will continue to receive critical attention now that its reputation has been resuscitated, Goodbye, Mr. Chips will continue to reside in its current status as relic of another time and place interesting only to antiquarians and scholars. Perhaps this is just because by some standards John Edward Williams is a more impressive writing talent than James Hilton. By other standards, though, an injustice may indeed be done, for Hilton is a writer of great facility (those who make reading seem effortless for the reader always, it seems, get dinged for that) whose Mr. Chipping is as indelible a character as Professor Stoner. 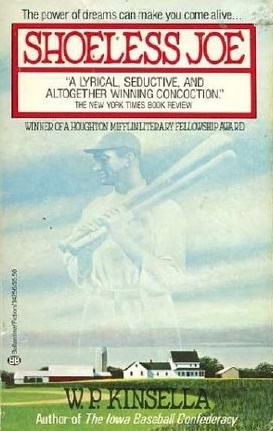 Time to turn to a writer rather similar to Hilton whom we lost just last week. W. P. Kinsella. While Hilton enjoyed a superb income throughout his writing life – he died a millionaire in the mid 1950’s, Kinsella, despite the great success of his novel Shoeless Joe, upon which the film Field of Dreams is based, struggled to find mainstream publishing opportunities later in his career, though his critical reputation as a talented writer remained unblemished. The difference in their careers could possibly be traced to shifts in the culture, particularly shifts in the publishing world that discouraged publishers from continuing relationships with “mid-list” authors like Kinsella (his other works sold, but nowhere near at the levels of Shoeless Joe). Too, Kinsella’s style is like Hilton’s – his work reads effortlessly, which as I noted above is suspect in some critical circles. It is, I would note (with a tinge of sadness), very probable that most of those who paid attention to Kinsella’s passing last week noticed it because of Field of Dreams rather than because of Shoeless Joe. He faces the danger of being remembered for a movie rather than for his writing.

That last statement obviously calls into question Bill Kinsella’s motivations for writing – and it shouldn’t. Instead, it is interesting to note that while James Hilton was able to enjoy success both as a writer of novels that people read and as a screenwriter (for both his own and others’ works) that people watched, W.P. Kinsella found himself squeezed out because by temperament, inclination, or the nature of the screenwriting business (a field that has become much more specialized – to use a baseball analogy Bill might like, screenwriting is more like middle relief pitching while novel writing is more like being a starter knowing you may have to pitch a double header) he was not able to quench his writing thirst at two fonts.

It occurs to me to say here that both Hilton and Kinsella belong to a group of authors that it seems to me the decline in public interest in reading and the business practices of mainstream publishing have hurt most: we could call them, I suppose, for want of a better term “upper middlebrow” authors. In an era when the public appreciated both a good read and a good watch, such a writer could flourish, as Hilton certainly did. In our later era where watching has trumped reading almost completely, a writer of equal talent such as Kinsella either had to (again to use an analogy Bill would like) hit a home run or be relegated to the bench for lack of production.

That brings us to the third writer (well, writers, strictly speaking, though I’ll focus on the principal author) we need to discuss. My wife suggested to me that I read a book she’d run across and bought while on a hiking/ camping trip in Wyoming several years ago. Cabin Comments is based on the journals (and originally published as newsletters) by three retired school teachers who moved to Moose, Wyoming (near Teton Village and Jackson Hole ski resort, then in its infancy) in the early 1960’s and lived there year round and wrote journals of their experiences from 1962-77 when the principal writer, Babette Lemon, died of cancer. Along with friends Elisabeth Anderson and Helene Wittmer, Lemon recorded the changes of the seasons, the excitement of encounters with wildlife, enduring western Wyoming winters, and learning skills such as repairing their snowmobiles, downhill skiing, and playing musical instruments.

This is writing in that “pure” form that I made such a deal about early in this essay. “The Bettys,” as the three women were collectively known, also write about their love of classical music, their vast library and their love of authors such a George Eliot, and their deep appreciation of the generosity and helpfulness of their neighbors who are primarily ranchers. This is writing to remember, to treasure experiences, to appreciate both the wilderness they live in or near and the hardy people with whom they share the life they have chosen. The quality of the writing is in no way comparable to the mastery shown by a Hilton or Kinsella. And their fame is limited to the Jackson Hole area, perhaps Wyoming (which is a big place with a tiny population). The book itself is a labor of love by the Teton Bookshop, a classic regional indie publisher and was done as a tribute to Lemon after her death by Anderson and Wittmer.

They wrote to remember. Let’s try not to forget.