Transfusing youth, 21st century style… (At the sound of wolves howling) – “Children of the night: what music they make!” – Dracula (in Tod Browning’s Dracula, 1931) 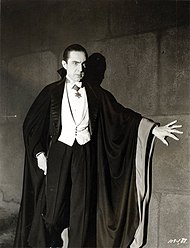 Several recent news items from reliable sources have explored the research of scientists into the benefits of blood transfusions from young persons to old ones. If you are like me and find this at its best macabre, at its worst Mengelean, then the following is, as a writer and TV host used to say, “submitted for your approval….”

A new company called Ambrosia is willing to offer  trial participants a series of blood transfusions from 16-25 year old donors. Recipients must be older than 35 to qualify for the trial. The purpose of these transfusions is to combat aging, particularly by improving brain function and muscle strength.

If you followed either of the links for the clinical trials, you’ve noticed that there are a ethical issues galore related to doing this kind of research and these kind of clinical trials, no matter how noble the aims might be.  One of the issues causing real concern in the scientific community is that those who wish to participate in the trials are being charged $8000. Yep. $8000.

If you’re thinking that this seems to be a clinical trial that seems aimed at a particular socio-economic stratum, your likely thinking along the right lines. One of the promoters of the company Ambrosia is a guy named Peter Thiel, founder of Paypal and a significant investor in Facebook. Like any good tech billionaire, Thiel seems to have something of the egomaniac about him. One of the manifestations of Thiel’s self-absorption in his “specialness” is a keen interest in slowing (or perhaps reversing) his own aging. Because after all, a guy who figures out how to take money from people is the sort of person we need to live forever.

This sort of fascination by the rich and powerful with their own mortality – and its prevention – has its historical precedents. One of the most famous (and grisly) examples was the Countess Erzebet Bathory de Ecsed who tried to preserve her youth by bathing in and drinking the blood of virgins. Lots of innocent women died – Bathory didn’t get any younger. Bathory, like Vlad Tepes, the historical antecedent for the fictional Count Dracula, both hailed from Transylvania. Maybe there’s something in Carpathian mountain streams that stirs the blood thirst..

The trials of the company Ambrosia have been inconclusive so far, at least for human subjects. There is wonderful research going on, however, in areas like using stem cells to help those with spinal cord injuries. And some of the preliminary animal research in blood transfusion suggests that there may be some benefit for older persons in getting blood plasma from the young in the treatment of Alzheimer’s Disease and related debilitating age related conditions. These are good things and one hopes more medical progress is made.

Thus far, though, the fountain of youth has proved elusive. And at $8000 a pop, it’s likely to remain exclusive for the foreseeable future, too.