“Of course, problems in practical morality are different from the production technique pointed out by Strindberg, But there was something in the hint he had received from the passage that was disturbing…. Bushido and its mannerism–” – Ryunosuke Akutagawa 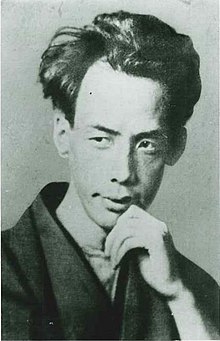 The short stories of Ryunosuke Akutagawa are highly esteemed in Japan, and one of that country’s highest literary awards, the Akutagawa Prize, is named in his honor. Most American readers, however, likely know him through the adaptation of one of his stories, “In a Grove” by the master Japanese film director Akira Kurosawa into the cinema classic Rashomon.

A tormented soul, like so many short story masters, Akutagawa took his own life at 35. He left behind a body of work that is fascinating in its questioning of Japanese cultural and philosophical thought, particularly of philosophies such as the above mentioned Bushido. Highly influenced by his study of Western literature (as a student at Tokyo Imperial University he translated works by both William Butler Yeats and Anatole France), Akutagawa sought to reconcile Eastern and Western thought and culture in his works. The tension in his stories arises, almost always, between the truth that the individual perceives and the facts of any incident.

While I have read the most widely anthologized of Akutagawa’s stories, the aforementioned “In the Grove” and the story “Rashomon” (which Kurosawa used as a frame narrative in his celebrated film), I came across another of his stories, “The Handkerchief” (from which the quote used above derives) while making my way through the enormous tome I have mentioned previously, A World of Great Stories.  It is an excellent example of the themes Akutagawa explores.

The story focuses on a professor, Kinzo Hasegawa, of the law school of Tokyo Imperial University. He considers himself a cosmopolitan (he has studied abroad and his wife is American). When we first encounter him, he is reading a book of dramatic criticism by August Strindberg. He reads Strindberg not because of his own interest (he is a firm believer that Japan must adhere to its traditional cultural thinking, hence his strong inclination toward Bushido as a moral guide) but because many of his students are reading writers such as Strindberg and he wants to be able to relate to them (and, it is subtly suggested,  monitor how such reading is affecting their thinking). He sees it as his duty, given these students to help them find a “right”way (read Japanese way) of relating to the world:

According to his convictions, in the past fifty years Japanese civilization had shown remarkable progress on the material side; but spiritually, it had not made any appreciable progress that was readily discernible; no, rather, in one sense there had been a decline. Therefore, it was the urgent duty of the thinkers of the day to consider what had best to be done to remedy this decline. It was the Professor’s contention that there was no other recourse but to depend upon the Japanese heritage of Bushido. Bushido ought never to be looked upon as simply the moral code of a narrow-minded insular people. On the contrary, its essence might well be identified with the Christian spirit of the peoples of Europe and America.

As he reads, Hasegawa is struck by a description Strindberg offers of bad acting:

When an actor discovers an appropriate mode of expression for the most ordinary emotion and wins success through this means, then without due consideration as to its suitability or unsuitability to the occasion, he may – on the one hand because it is facile, on the other because of his success with it – be prone to employ this device. And this is what may be termed a mannerism.

Professor Hasegawa’s reading is interrupted by a visit from the mother of one of his students. Mrs. Nishiyama. She is the epitome of Hasegawa’s expectations of a Japanese “wise mother” – one who observes the traditions of Japanese culture. She has come to tell him of the death of her son, one of Hasegawa’s students, which she does in a calm, almost detached manner. Hasegawa, by chance, drops a fan he is holding. As he bends to pick it up, he notices Mrs, Nishiyama’s hands: she is tearing her handkerchief in a show of profound, painful emotion even as she maintains a pleasant demeanor in talking with the professor.

Hasegawa is deeply impressed with this display of Bushido – later, after she has gone, he sits in reflection and even smugly considers using Mrs. Nishiyama as an example of true Japanese behavior according to the Bushido code. Finally he turns back to Strindberg who punctures his smugness:

When I was young, the people talked about Mme. Heiberg’s Parisian handkerchief. It was a double acting in which, with her face smiling, the hands tear a handkerchief in two. We now call it mannerism.

The professor’s reaction is recorded above but bears repeating:

Of course, problems in practical morality are different from the production technique pointed out by Strindberg, But there was something in the hint he had received from the passage that was disturbing…. Bushido and its mannerism–

Though challenged by this thought, the professor shrugs it off and his smugness re-inflates easily enough:

[He] shook his head once or twice as though to drive away the unpleasant thought, then again looked at the newly lit lantern.

Akutagawa’s work is filled with these sorts of moments of recognition – then rejection – of truth in preference to perceptions based on self-delusion or personal prejudice. He challenges readers always to look hard at themselves in their own searches for truth.

Akutagawa’s reputation has been growing for several years now, though he is still less well known than he should be. I encourage readers to seek his work out. You can read more here.