Bulwer-Lytton and the Art of Bad Writing…

Let the past perish, when it ceases to reflect on its magic mirror  the beautiful magic which is its noblest reality, though perchance though but the shadow of its delusion. – Edward Bulwer-Lytton 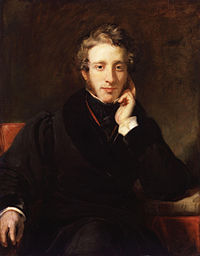 It has been a couple of weeks since I last wrote anything. There are explanations – reasons, if you will. None of them will please everyone, but remember what Lincoln said….

Reason #2: I have started – and stopped (gasps from those who know my “if you start a book, finish it” mantra) a couple of books. Whether this comes as a result of some sort of reading fatigue brought on by #1 or whether it is the result of other causes, I am to learn. And so, it would seem, are you.

The first of these was the book I picked up after finishing the Herculean labors of judging that literary contest mentioned above. In what will be a shock to those who know my admiration for his work, I started – and have temporarily stopped – Richard Ford’s Pulitzer winning opus Independence Day.  To be fair, I had recently read so much bad prose that perhaps no one could have succored me – well, no one not named Austen or Twain.

The other book that I stopped I shall never make another attempt to read. It was book three of Edward Bulwer-Lytton’s My Novel. There are many things I could say about this work, none of them complimentary to the book or its author. I’ll confine myself to noting a few passages – which I hope will offer proof that there’s a reason the famous bad writing contest is named for Edward Bulwer-Lytton.

First a word or two about the writer. Bulwer-lytton was an extremely popular 19th century novelist, and he was not incapable of a well-turned phase. Some examples: “…the pursuit of the almighty dollar….” “The pen is mightier than the sword.” “…the great unwashed….” And there’s the opening line of the novel Paul Clifford, made famous by Snoopy (at least its opening phrase was – here’s the entire sentence in all its tortured glory):

It was a dark and stormy night; the rain fell in torrents — except at occasional intervals, when it was checked by a violent gust of wind which swept up the streets (for it is in London that our scene lies), rattling along the housetops, and fiercely agitating the scanty flame of the lamps that struggled against the darkness.

My Novel is full of equally sonorous, equally overwrought, equally dreadful writing. The subhead above gives one example. Here are a couple of others that will, I hope, help the reader understand why Bulwer-Lytton enjoys, despite attempts to rehabilitate his reputation, the reputation for bad writing that he does:

The work surprised him by the pleasure it gave…. Its power was so tranquil and even, that it was only a critic who could perceive how much force and vigor were necessary to sustain the wing that floated aloft with so imperceptible an effort.

The effort in this passage is anything but imperceptible. Then there’s this gem, a description of a beautiful woman that goes on…and on…and on:

In her, life was so puissant and rich, that action seemed necessary to its glorious development; action, but still in the woman’s sphere; action to bless and to refine and to exalt all around her, and to pour whatever else of her ambition was left unsatisfied into sympathy with the aspirations of man.

If such passages appeared occasionally with relief from straightforward prose, Bulwer-Lytton might be forgiven for these flights of rhetoric. But they’re not. This is how the guy writes. All. The. Time.

I suppose if you’re going to write badly, you should try to make it an art form. Bulwer-Lytton certainly did.