Paul McCartney: Boy in a Band to Man on the Run…

Tom Doyle’s excellent book on Paul McCartney during the Wings years reveals a Paul most don’t know very well: a conflicted, sometimes lost, boy/man trying to carry on as a musician while also trying to be husband/father and rock star/cultural agitator at the same time – until traumas of very different types made him settle into adulthood and, ultimately, self-acceptance. 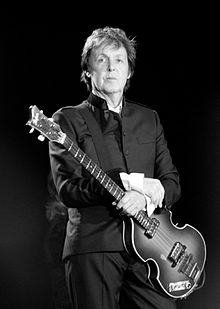 Much of what the average rock aficionado knows about the break up of the Beatles comes from either Jann Wenner’s interviews with John Lennon or from casual attention during those years to news reports about the legal hassles the Fabs endured while extricating themselves from their partnership in Apple. Like any break up, personal or professional, (and this was both the severing of an indescribably successful musical collaboration and the splintering of friends who’d been almost inseparable since childhood), the Beatles’ demise was messy and hurtful for all involved.

Tom Doyle’s superb book Man on the Run: Paul McCartney in the 1970’s fell into my hands as a birthday present from my beloved sister a few days ago and I dropped my usual reading to devour it, both because I wanted to make sure my sister knew I appreciated her thoughtfulness and because I will read anything written with something approaching competence about The Beatles generally and Paul McCartney specifically. Hell, I even read the incompetent stuff.

This book is as good as any I’ve ever read on these subjects. Kudos to Tom Doyle and to my sister Janis. 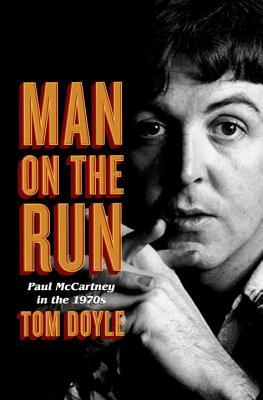 Man on the Run: Paul McCartney in the 1970’s by Tom Doyle (image courtesy Goodreads)

Doyle is a good journalist as well as a good writer (the two are not necessarily as connected as we’d like to think), and Man on the Run is full of both thoughtfully gathered information and well turned phrases. The book begins in late 1969-early 1970 as The Beatles are going their separate ways. The focus is on Paul, of course, and Doyle does a very fine job both documenting and clarifying the extent of Paul’s oft misrepresented “breakdown” after leaving the group. The retreat to Scotland to live a sort of Thoreau-like “deliberate life” (partly a result of his wish to step out of the public life, partly a result of his crisis of confidence in himself – a crisis not helped much by Lennon’s bitter diatribes – partly a result of needing to live frugally as nearly all his wealth was tied up in Apple is detailed carefully and sympathetically, as is McCartney’s position (often maligned by both Lennon and Harrison) regarding the Fabs’ relationship with the odious Allen Klein. As Denny Seiwell, the first Wings drummer explains, it was Linda who got Paul to begin to move forward again after the collapse of The Beatles, she who helped regain his footing and begin to believe that he could make music again:

She was his security blanket, his inspiration, his wife and the mother of his kids…. She was the one who got Paul off his ass when he was having to sue the other Beatles [so that they all could get their money away from Allen Klein who had control of it and wasn’t letting any of them see much, if any, of it]. His heart was broken. He would’ve sat up there is Scotland and just become a drunk. If she hadn’t got on his case, none of it would ever have happened. – Denny Seiwell qtd. by Tom Doyle

McCartney’s formation of Wings is the core of the book, from the band’s tentative beginnings (a tour of college halls where the band played for, literally, coins, which McCartney scrupulously doled out to band members) to its gradual transformation (amid personnel changes) into a super group of the mid-seventies that produced a pair of brilliant albums (Band on the Run and Venus and Mars) and whose 1976 world tour made McCartney fabulously wealthy (and his band very well off, too, contrary to some reports) is given a careful, even handed treatment (Doyle does not shrink from pointing out repeatedly that Wings “soft rock” is the antithesis of the work -which Doyle admits he prefers –  of other major arena stars of the period such as The Who, Led Zeppelin, and Kiss).  Nor does Doyle shrink from detailing the McCartneys’ drug use (they were voracious marijuana users, and Doyle even suggests that Linda was not afraid of the odd line of coke) as well as the complications of living the rock-and-roll lifestyle® for which the decade was renowned all while traveling with multiple small children and attempting to maintain some semblance of family life. If it all sounds bizarre in weird and not always healthy ways, it was.

At the center of Man on the Run, however, is perhaps the greatest partnership/friendship in rock – John and Paul. Doyle is at his best here, and his detailing of John’s misanthropy, his confusion, his jealousy of Paul and his success, his own co-dependence with Yoko Ono, and his struggles to define himself as an individual after The Beatles’ break up while still craving a relationship with Paul is heart breaking and maddening. What is most impressive is that Doyle not only doesn’t declare a winner in the John/Paul battles, he shows candidly and often that Paul craved John’s approval and guidance and John craved Paul’s energy and initiative. One ends by thinking, with solid evidence rather than wishfully, although perhaps slightly sadly, that they truly were better together than apart.

The books ends with the twin traumas that changed McCartney from hippie dippy boy/man to mature, self-accepting artist still trying to be creative in a world far different from the one that made him a household name.  The first great trauma was, of course, the death of his partner John Lennon, a death that affected him so profoundly, that, natured as he is (about which I’ve written before) he made one of the great celebrity quote boners of all time in speaking of it. Doyle does his best to set the record straight on that misunderstood and well castigated misspeaking. The second trauma is McCartney’s bust for bringing nearly half a pound of marijuana into Japan, an incident that both scared Paul straight and broke up Wings. Doyle notes here that the band had lasted over ten years and was likely going to end anyway – Paul’s bust in Tokyo merely caused him to reassess his musical legacy and think about his musical future in ways that led him towards a solo career. Too, domestic life drew both him and Linda away from touring and the “hippie gypsy” lifestyle of the previous decade. Finally, John’s death and his own near miss with serious jail time made Paul grow up – perhaps in ways that nothing else could have. He realized that his charmed life could lose its charm in an instant: the time it takes a psycho to pull a trigger; the time it takes a cop to open a bag….

So Paul has, as we all know, soldiered on, creating some fine work, some badly misjudged work. He’s refreshingly candid about that here:

I just think of myself as someone who likes to have a go at various things. I’m certainly not one of those people who’s really clever and goes, “Well, I can’t do that because that will ruin my image.” I don’t even know what my image is. I’m making it up as I go along.

Linda’s death some 17 years ago left Paul at loose ends. As everyone knows, he made a bad marriage, then a good one. He’s also been what he’s been since that step into adulthood some 34 years ago: a loving husband, father, and later, grandfather. He’s also gracefully adapted to his elder statesman status in the history of popular music. And he’s been a strong advocate for music. He’s done himself and his legacy proud.

So if you listen to what the man said….

1 Response to Paul McCartney: Boy in a Band to Man on the Run…