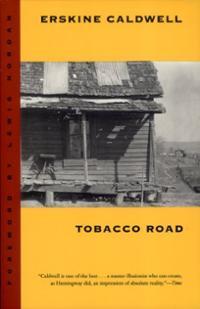 Sometime back in my graduate school days I ran into an article in which the scholar spent a number of pages complaining that Charles Dickens didn’t create characters – rather, he created caricatures, exaggerated depictions of humanity. While I saw the guy’s point, it didn’t make me love Dickens any less. It seems to me Dickens’ caricatures (whether an Ebeneezer Scrooge or a Samuel Pickwick) vibrate with more of this thing we call life than most “realistic” literary characters (I’m looking at you, Emma Bovary).

I was a voracious reader as a child. Growing up as I did in the South, where for too many folks “reading” consisted of a) checking on how the Tarheels or Gamecocks or Cavaliers did, or b) reading (and usually badly misinterpreting) the Bible, my interests in books and learning made me both an anomaly and an object of suspicion, especially among my peers. 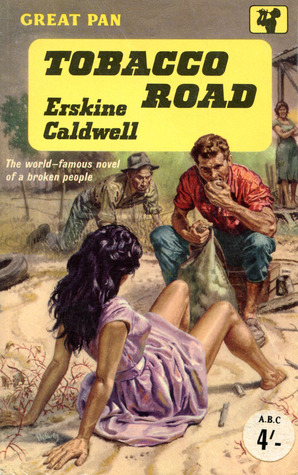 Back in the early sixties, one of my aunts was a fan of pulp fiction, those racy paperbacks that were sometimes  trash, sometimes treasure. She was indiscriminate in her reading (well, she dug steamy, I think) and bought books, I suspect, based on the provocative nature of a cover on a drugstore carousel. Paperback publishers of the time had discovered that they could take serious works of literature  (the attraction was that they could sometimes get an older work like Tobacco Road cheaply), slap a steamy cover on it, and sell many, many units.

Such were the reputations for raciness of Erskine Caldwell’s two most famous works, Tobacco Road and God’s Little Acre that both got the pulp treatment. That, combined with my aunt’s dim recognition of Caldwell as an writer that perhaps she should read, made her buy both books. As was her wont, when she’d finished them (I suspect she found them slightly disappointing since Caldwell’s depictions of sex are quite tame by sixties standards, much less ours), she passed them along to my mother. My mother’s tastes ran to more conventional stuff (though there were copies of Forever Amber and Peyton Place in the house). She simply stuffed the paperbacks onto an already overstuffed bookshelf in our den thinking, I suppose, that we’d ignore them.

I was, I think, eleven when I came across the two novels. I knew enough to know that covers like the above suggested sex, about which I knew not a lot. I was attracted by the word “tobacco,” a word that meant money and security and a lot of damned work in the North Carolina where I grew up. So I took both Tobacco Road and God’s Little Acre and stashed them on a shelf in the box with my baseball cards. I waded through about half of both books, I’d say, but while I understood some of what was going on, they just seemed like stories I sometimes heard – despite being told not to listen – my paternal grandfather relate to my dad and uncles about “this or that old boy” in our Southern mill town. The characters seemed – I realize now – cartoonish. They were grittier versions of the stuff I’d seen on Deputy Dawg.

Then I got curious about the writer, Erskine Caldwell, and read a little about him and discovered, via the ladies at the public library, the brilliant You Have Seen Their Faces, a book which mightily impressed me. I forgot the other Caldwell books, safely tucked away, even as I forgot my baseball cards. I suppose my mom threw them out when she threw out my box of baseball cards years later.

Reading Tobacco Road some 50 years later, I am struck by how similar my emotional response is now to what I remember of my response to reading the book then. Jeeter Lester, Lov Bensey, Sister Bessie, Dude, Ellie May, Ada, Pearl, and all the missed and missing Lesters constitute not the South that typical Southerners want to live in (Mayberry is that), but the South that they know lives just down the road from them – a South that used to be composed of ignorant, helpless people who occasionally self-destructed in white liquor fueled implosions but who now occasionally self-destruct in meth fueled explosions. A South portrayed comically in the adventures of the Duke boys which gloss over the ugly lacerations on its pysche left by Southern culture on the skids.

This is not to say that Tobacco Road is not a powerful, important book. It ought to be read by high school and college students both within and without the South. Those within would immediately recognize elements of their society and they might then be inspired to help, educate, succor those less fortunate (as that book I mentioned above that gets read and badly misinterpreted plainly states they should). Those without might be shaken enough by what they read to look around them and see what their own region’s problems are – and address those. If Erskine Caldwell were required reading in schools across America, Southerners might become less caricatures, more humans – to themselves and to the rest of Americans.