Knowledge in our chosen fields of endeavor is important, certainly…knowledge of ourselves is essential…. 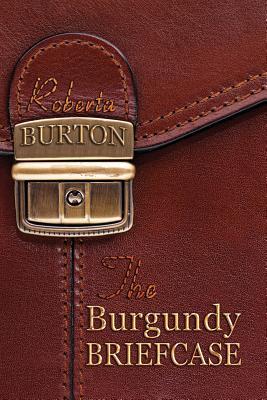 Roberta Burton’s The Burgundy Briefcase is a difficult novel to discuss because it doesn’t seem quite sure what sort of novel it wants to be. It’s part star-crossed love story, part therapeutic confessional, part self-examination. Its settings shift from place to place as its main character, a doctoral student named Lee Lindsey, moves around Tallahassee, Florida where she is completing her doctorate in marriage and family counseling at Florida State University. It moves, sometimes rather blithely, through time from present to past and back again. It has a shifting cast of characters who appear, disappear, and reappear in those weird ways that people sometimes do in life.

Perhaps The Burgundy Briefcase is best described as a picaresque novel about education. The work is filled with various types of educations, and Lee Lindsey, willingly and unwillingly, gets educated in all all of these education types.

The types of education in The Burgundy Briefcase fall into three main categories: there is what we think of as “traditional” education, Lee Lindsey’s work on her dissertation and the achievement of her doctorate; there’s education in love and friendship, areas where the various men who make up most of her close relationships teach her, sometimes against her will; finally, there’s education about the self, an area where Lee learns to accept her limitations and appreciate her assets through honest and often painful critical examination of her actions and their consequences.

Each of these areas offers characters who are influential in Lee’s learning experiences. In her traditional education work there is Simon, her dissertation advisor who abandons her and sends her to another advisor, Megan, who turns out to be exactly the sort of advisor she needs to be successful in completing her degree. In her self-examination there is George, a friend from childhood who is also a psychologist and who guides her toward “self” discoveries, discoveries that we realize at the novel’s end will lead her to more self awareness and, as a result, another chance at happiness. Finally there are her romantic entanglements: ex-husbands Richard and Todd who teach her bitter lessons about the cost of choosing partners who, in the former case betray her with other women and in the latter, drag her down as they sink under the weight of addiction to alcohol. There is her current paramour Frank who turns out to be a blend of those two men – and in a sense, her final test concerning her ability/inability to avoid problem men. And finally, there is Alex, the husband she loved and lost to cancer whose ghost she ultimately learns to exorcise so that she can move forward and find happiness.

As in any good picaresque, the scene of this journey of discovery and questing changes regularly. At first Lee lives in an apartment near FSU where she makes it past the first hurdles in her pursuit of the doctorate; later she buys and restores a beach house on Alligator Harbor where she begins work on her dissertation; finally there is the townhouse she purchases in Tallahassee that becomes the scene of her triumphs – her completion of her doctorate, her dismissal of “Mr. Wrong” Frank; her acceptance of Alex’s death and her release of herself from her years of mourning and longing. The novel also has a long, meandering road trip with Frank that teaches her lessons in what she wants and doesn’t want in a mate.

Through all of this wandering, emotional, geographical, and academic, there is one constant: Lee’s burgundy briefcase. Its disappearance at the end of the novel (and the appearance of a mysterious poem in its place) serve as a sort of “homecoming”; free of the burden of her studies, her emotionally draining relationship with Frank, and her own self-confusion, Lee can (one hopes) now accept herself and find real happiness with or without someone who appreciates her. The reader hopes that she will find happiness with the steadfast and supportive George who certainly cares deeply for her. Whether that happens or not, The Burgundy Briefcase ends with the heroine safely home, her quest completed successfully.