It’s not Santa Claus vs. the Martians – it’s Santa Claus (sorta) vs. the DEA – which is, come to think of it, almost as nuts… 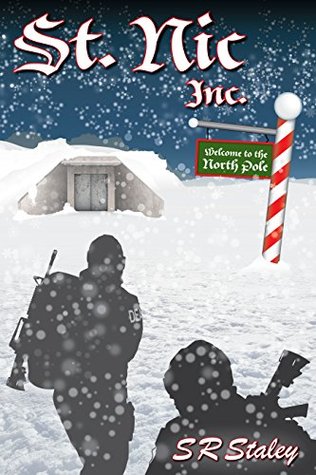 Sam Staley’s latest book is a Christmas story. It’s not, however, the sort of Christmas story ones hears in homes on Christmas Eve. There are no shepherds “keeping watch over their flocks by night” or flying reindeer jockeyed by a “right jolly old elf.” Staley’s book is a Christmas story with all the 21st century twists: the North Pole is home to NP Enterprises, a slickly run distribution company with billions in revenues and a 26 year old MIT trained computer geek CEO named Nicole who employs large numbers of talented, intelligent people who happen to have the condition known as – you guessed it – dwarfism; its ability to operate is based on economic funding from a 21st century source – a computer operating system superior to others on the market; and its problems within the narrative come from overzealousness on the part of a government official.

NP Enterprises is a family owned business founded by Nicole’s great grandfather, a Dutchman named Nicholas Klaas, who moved to the Far North and began making toys which he sold to trappers and hunters for their children. Through succeeding generations the business evolved into a world wide organization dedicated to providing toys to deserving impoverished children. Funded originally by toy sales, the company has become very successful through NP 2000, a software system that helps businesses small and large manage data ranging from inventory to sales. As a result the company moves large amounts of money around – a practice that draws the attention of that overzealous government official I mentioned – a guy named Getko who is a special agent for the DEA and is looking to make another big career splash by busting up what he is certain is a money laundering operation serving drug cartels. Somehow, he figures that the cartels have figured out a way to move money not only through the usual Los Angeles and Miami systems but have built their own distribution system located in the Far North – near the North Pole. So he sets up a massive operation to run a drug raid on – Santa.

If this seems like a cockamamie plot line to you, take a look at some of the real hypotheses the DEA has come up with over the years. This one won’t seem so goofy.

Eventually Getko is able to get his superiors to sign off on a raid at the North Pole. As it turns out, a DEA mole within the organization has set up the company, even going so far as to plant drugs in an out of the way tunnel (as you’d guess, the village where NP Enterprises is located lies under the polar ice – an engineering feat Staley accounts for plausibly if not completely convincingly – but, hey, this is a Christmas story) to try to frame Nicole and her loyal associates. In the confusion of the raid shots are fired and people actually die – this isn’t a Christmas story for the little ones. Eventually, however, sanity prevails and NP Enterprises and the DEA do what any smart government agency and corporation do when faced with catastrophe – they work out a compromise solution that covers everyone’s behinds. NP Enterprises gets to continue its mission and the DEA is able to take the planted drugs and say they broke up another drug ring – as well as become customers for that super powered operating system I mentioned above. Win-win.

Staley is an economics professor at Florida State University, so the depiction of NP Enterprises’ business practices is accurate and realistic. He’s also good at describing the venality and egotism that often drive government agencies. Of course the whole village under the North Pole thing is far fetched, but Staley is able to offer enough engineering explanation to at least make us want to believe that there’s a village under the North Pole that’s working to see that kids get joy for being good all year. Isn’t that what Christmas is all about?

St. Nic, Inc. is a fast paced thriller that explores government overreach, technology’s role in society, and what it means to “do good.” It fits into that category that we might think of as a “beach read” – except that it’s a book about the holiday season. Consider picking it up here to amuse yourself during those lazy days at the end of the year. You’ll find it an apt diversion.