Sometimes heroism is an act of faith… 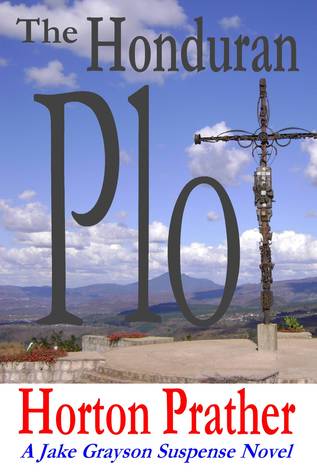 Horton Prather’s The Honduran Plot is a political thriller that violates many of the conventions of the genre. The hero, Jake Grayson, is a college kid, a computer geek who has none of the usual “tough guy/superhuman killing machine” characteristics of the typical protagonist of this kind of thriller. The motivations for the plot’s action are those that one might associate more with a work such as the classic Costa-Gavras film Missing: idealistic young man disappears in a Latin American country and friend tries to find him. And the elements of the story that are reminiscent of political thrillers – corrupt politicians and military leaders in a Central American country attempting a coup designed to allow them to enrich themselves by using their country’s geography and facilities as a conduit for powerful drug cartels – lead not only to fast paced action and thrills, but to insights into self and belief for several of the characters.

When Jake Grayson’s longtime friend Ruben Avila and his girlfriend Juanita Perez are kidnapped by thugs working for an unscrupulous Honduran government security figure named Colonel Manuel Fuentes, Jake feels compelled, both by friendship and by the shared religious faith that both and Ruben share, to try to find him. His familiarity with Honduras is based on mission work he and Ruben did there while in high school. As he pursues information about his friend’s disappearance, Jake ends up using his computer skills in ways that both tie him to Honduran college students – some of whom he met during his mission work – attempting to expose Fuentes’ illegal drug smuggling operations. As the plot unfolds, Jake and his new friends end up conducting guerrilla operations against Fuentes that test Jake’s courage, his feelings for his girlfriend back in the U.S., and his faith.

Prather handles the thriller genre well. Short, action packed chapters breeze along at a rapid clip and the book is a quick read. The author provides enough tension and cliff hangers throughout the book (including an ending that suggests the novel may become part of a series) to satisfy the most particular aficionado of this sort of work.

As may have occurred to savvy readers by now, The Honduran Plot is not only a political thriller, it is also a work in the another genre: Christian fiction. To Prather’s credit, the religious elements of the story are handled with a deft touch and the religious issues are never treated in a heavy or overly didactic fashion. Both fans of Christian fiction and fans of thrillers can read The Honduran Plot without either group feeling that they’ve been shortchanged. Horton Prather’s novel will give fans of either of these genres a satisfying read.