Marianne Dashwood, the epitome of sensibility, is the heroine Jane Austen most disapproves of… 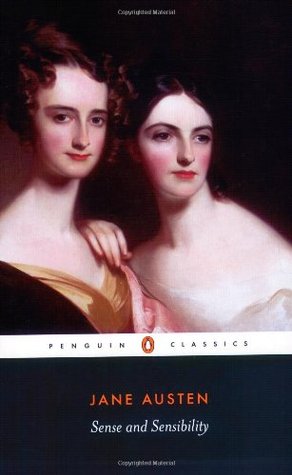 The six complete Jane Austen novels divide into three interesting pairs. There are the “place” titles – Northanger Abbey and Mansfield Park – both of which critique the heroine’s naivete. Emma and Persuasion – the “one word” titles – focus on, in the former case, the consequences of a young woman with too much self-confidence and, in the latter case, the consequences of an older woman’s youthful lack of self-confidence. Finally, there are the “characteristics” titles – Sense and Sensibility and Pride and Prejudice – that, via characters in each novel who exhibit behaviors related to the titular characteristics, allow the author to show, in the latter work, how the character weaknesses of the novels’ most important couple, once overcome, lead to marital bliss – and, in the former work, contrast sisters who represent both sense (careful behavior based on rational application of one’s understanding of social mores) and sensibility (the insistence that the personal emotional response, however idiosyncratic and dismissive of social mores it might be, is the only “true” way to live one’s life).

While Pride and Prejudice is arguably as perfect an example of the novel as we have in English, Sense and Sensibility is, like Mansfield Park, an interestingly flawed work. The Dashwood sisters, Elinor (sense) and Marianne (sensibility) are at times annoyingly predictable in their representation of the title’s characteristics in their responses – in scene after scene of the novel Elinor is measured, rational, and acts with impeccable sense while Marianne is always romantic, emotional, and sensible. Willoughby, the “villain” of the novel, is allowed a redemption scene that both slows the novel’s denouement and undercuts the character traits Elinor has exhibited through the entire novel. Finally, the novel ends on a slightly preachy note – Austen chastens Marianne’s sensibility by suggesting that her passionate emotionalism (a hallmark of Romanticism, the artistic movement that Austen and many of her class deplored as excessively selfish) could literally kill her – and that she will ultimately be much happier in a measured, sedate, socially acceptable marriage with Colonel Brandon than she ever could have been in the passionate, perhaps unconventional relationship she might have shared with Willoughby.

Given that an overarching theme of Jane Austen’s novels is always the heroine’s integration into society via marriage, it is Marianne Dashwood – rather than her sister -Elinor that a number of critics argue is the central character of the novel. Marianne’s romanticism makes her a susceptible to a Willoughby’s charms – and that could have led her into ruinous error as happened to Colonel Brandon’s ward Eliza. It is Marianne – not Elinor, who acts in the most rational and appropriate ways and whose difficulties in her relationship with Edward Ferrars stem from Edward’s diffidence and his mother’s snobbishness – who has to come to a realization of the “error of her ways” and change her behavior – and ultimately, her person – to become a suitable marriage partner. As she did with Catherine Morland in Northanger Abbey or Emma Woodhouse in Emma, Austen makes Marianne Dashwood a woman who must come to terms with her social situation and make adjustments to her behavior to “become worthy” of a man as full of sense as Colonel Brandon. Unlike the stories of both Emma and Catherine Morland, however, Marianne Dashwood’s story has no comic elements. It is a cautionary tale, a warning to readers that living one’s life without accepting the mores of one’s culture can be disastrous.

In the end, Austen’s message in Sense and Sensibility is clear – Elinor’s happy ending with Edward Ferrars is their reward for acting honorably according to the accepted social conventions. Marianne’s happy ending with Colonel Brandon is the result of her salvation from romantic excess.