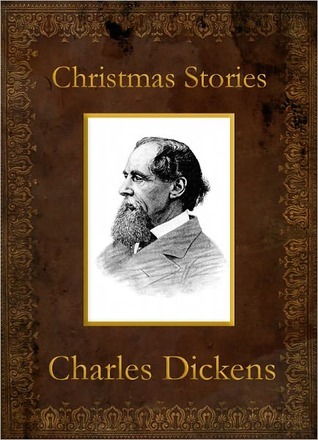 After finishing A Christmas Carol, I continued with a few of Dickens’ Christmas short stories. “The Story of the Goblins Who Stole a Sexton,” “A Christmas Tree,” “What Christmas is as We Grow Older,” “The Poor Relation’s Story,” “The Child’s Story,” “The Schoolboy’s Story,” “Nobody’s Story,” and “The Seven Poor Travelers” cover a range of Christmas – and Dickensian themes.

Some of these – “A Christmas Tree,” “What Christmas is as We Grow Older” – are more personal essays than short stories. Both have a creakiness and a rambling quality that sometimes plagues Dickens’ work. When one was as successful and avidly read a writer/celebrity as Dickens in his time, the tendency was, for good or ill, to turn out work to capitalize on that popularity hastily done. These “recollections/reflections/anecdotes,” unfortunately, reveal some of that haste. Both pieces have moments (the structure of the first is interesting, using as it does the description of the shape of a Christmas tree as a structural device for a memoir of past Christmases and there are lovely moments of effusion in the latter, especially in Dickens’ discussion of how we remember dead loved ones), but overall, they betray the worst characteristics of magazine writing – which is what they are.

The other pieces are stories in the conventional sense. “The Story of the Goblins Who Stole a Sexton,” “The Poor Relation’s Story,” “The Schoolboy’s Story,” and “Nobody’s Story” retell, in various guises, several of the parts of A Christmas Carol: the goblins scare a meanie straight, a la the Ghost of Christmas Yet to Come episode; the poor relation reworks the Belle section of the Dickens classic to imagine a life that could have been; Scrooge’s youth as a lonely schoolboy informs “The Schoolboy’s Story”; and Bob Cratchit’s  story provides the basis for “Nobody’s Story.”

The most interesting of this group of stories is “The Seven Poor Travelers” which combines a frame story of a narrator who treats a group of poor travelers who find shelter in a hostel maintained by a legacy from a 16th century philanthropist with a “story within a story” of an engagement gone wrong and a young man who, to redeem himself, joins the British army and becomes a hero in the Napoleonic campaigns, makes his peace with the  French soldier who caused his best friend’s death, and reunites with his beloved. The frame story provides the Dickensian lesson on the meaning of Christmas: one should not simply make merry at Christmas, one should make sure to help those less fortunate make merry, too. The story of “Richard Doubledick” (a pseudonym adopted by the unfortunate fiancé mentioned above) is told by the narrator as the “entertainment” for his fellow Christmas revelers – another element of Christmas that Dickens emphasizes in his discussion of Christmas in nearly all these pieces, but especially in “A Christmas Tree.” The reflection at the end of this story, that Christmas is about what we give, not what we receive – the lesson of the Christ, Dickens would argue – epitomizes Dickens’ repeated message:

Christmas is our annual chance to be more than we are the rest of the year.